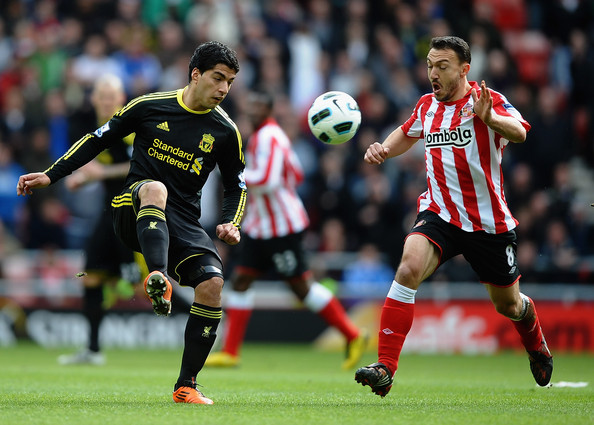 Liverpool now have what is probably a needed week off after the defeat to Arsenal, before heading to the North East to play Martin O’Neil’s Sunderland go into the match having started the season off with a goalless draw at home to Arsenal followed by an impressive 2-2 draw away to Swansea last weekend.

The reason Sunderland have only played two games is that the match against Reading on the 25th had to be cancelled due to a waterlogged pitch in August no less.

After relying on Arsenals Nicklas Bendtner to provide their firepower last season Black Cats boss O’Neil knew he was going to need a new striker so signed Scottish International Steven Fletcher from Wolves in what is believed to be a club record fee.

Meanwhile Bendtner has now been loaned to Italian Champions Juventus for the season with Wenger saying that if he has a good year in Serie A he will consider bringing him back to Arsenal.

The task ahead of Liverpool is a tough one while Sunderland does not score many goals; they are extremely hard to beat especially in the Stadium of Light.

The players know we need a win to get our season going, and I think the week off to reflect on how things have started will do the players good.  It is time to move on from the transfer debacle and play like the attacking team we saw turn up for the match against Manchester City.

While it is going to be difficult for the next 25 matches I agree with Rodgers when he said: “We finished up where we were at and now we have got to move forward as a football club and really have the one-club mentality. It’s important we all come together, supporters, players and management.”

“Between now and then we have to be creative because of the limited number of players we have up front. I’m going to have to find different solutions.”